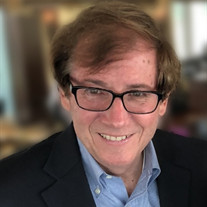 Frank Leonard Christy, “Chris,” 73, from Vero Beach, Florida and Marietta, Ohio, passed away July 29, 2021 in his home surrounded by his immediate family, following a courageous battle with ALS. Born in Parkersburg, WV, September 19, 1947 to Helen (Gramlich) and Leonard Christy of Marietta, Ohio, Frank attended Marietta High School where he graduated in 1965. He received his undergraduate degree from Northwestern University in 1969 as a member of the Kappa Sigma fraternity, and went on to an accelerated MBA program, earning a degree from the Business School at Northwestern (now Kellogg) in 1970. After graduation he worked for City National Bank in Columbus, Ohio. In 1973, he formed Christy and Associates with his wife Mary Lou and initially developed Greenhill Village Apartments in Belpre and a Western Sizzlin’ Steakhouse in Parkersburg. Over the years Frank developed restaurants, hotels, and commercial properties in Ohio, West Virginia and Florida, including the Hampton Inn and Suites in Vero Beach. He was also Chairman of Caron Products, a Marietta manufacturing company. In 1987, Frank was the recipient of the Marietta Chamber of Commerce Business Leader of the Year award. Frank was a tireless supporter and promoter of Marietta and the Mid-Ohio Valley. He was on the Board of Directors for both Commercial Bank (now WesBanco) in Parkersburg and Peoples Bancorp in Marietta. He worked for many years on the Board of Trustees for Marietta College, and was recently honored with a trustee scholarship in his name. He was also a director on the St. Joseph’s Hospital Board in Parkersburg, WV. He will be remembered for his support of the Becky Thatcher, the River Cities Symphony and the restoration of The Colony Theatre. He was part of a team that brought hot lunches back to Marietta City Schools, and helped found Marietta in Bloom to further beautify his home town. He also led a successful effort to bring the first dial-up internet service to Marietta. A talented musician, he played keyboards and guitar in rock and roll bands in high school and college, later playing charity events in the local band “Rudy and the Flamers, featuring the Fabulous Flamettes” with his wife Mary Lou and friends. He would gravitate to a piano anywhere he saw one, with some of his favorite gigs being get-togethers with friends and family. Frank loved travel and had a special passion for riding trains in Europe. He never knew a stranger and could strike up a conversation with anyone. People loved to be around him for his quick humor and kindness. Although he was struck by ALS, Frank said he felt like he was (to quote Lou Gehrig) “The Luckiest Man Alive,” because he had an amazing life, supportive wife, incredible family and friends, the enjoyments of travel and music, and a special Labrador, Piper. Above all else, he loved his family and grandchildren. Frank is survived by his wife of 50 years, Mary Lou (Heron), his son, Jonathan Michael Christy (Jennifer Faletto) of Boulder, Colorado, his daughter Kathleen Christy White (Dax) of Wilmette, Illinois, and his two cherished grandchildren, Carter Christopher and Ella Marie White. He is also survived by his sister, Peggy Rilling (Bill) and brother Ted Christy (Brenda) both of Cincinnati, sisters-in-law, Jennifer Christy of Marietta, Kay Heron of Seattle, Sherill Heron of San Francisco, and Carole Heron of Ft. Worth, Texas, 24 nieces and nephews, 38 great nieces and nephews, and 11 great-great nieces and nephews. He was proceeded in death by his parents, Helen and Leonard Christy, his brother, Jim Christy, his nephew, Michael Christy, and by three brothers-in-law, Jim Heron, John Heron and Jerry Heron. Funeral Liturgy with Mass will be held at 10:00 a.m. on Wednesday, August 4, 2021, at The Basilica of St. Mary of the Assumption, with The Rev. Msgr. John Michael Campbell celebrating. Burial will follow in Oak Grove Cemetery. Due to the ongoing pandemic and a recent spike in COVID cases, the family has decided to not have a public visitation. Also, they would appreciate attendees at the Funeral Mass to please wear a mask. Donations in his memory can be made to: The Marietta Community Foundation, P.O. Box 77 Marietta, OH 45750-0077, (740) 373-3286 https://www.mcfohio.org/giving-1 ; Marietta College, 215 Fifth Street Marietta, OH 45750, (800) 331-7896, https://www.marietta.edu/give ; Les Turner ALS Foundation, 5550 W. Touhy Avenue, Suite 302 Skokie, IL 60077-3254, (847) 679-3311, https://lesturnerals.org/get-involved/ways-to-donate/ Cawley & Peoples is honored to serve the Christy family and offers online condolences as well as many other resources by visiting their website, CawleyandPeoples.com or by going to their Facebook page.

The family of Frank Leonard Christy created this Life Tributes page to make it easy to share your memories.

Send flowers to the Christy family.