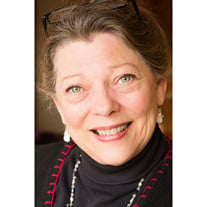 Janet Ruth "Jan" McGuinness, 64, Vincent, died Monday morning, December 29, 2014, at Marietta Center. Born January 16, 1950 in Durham, NC, she was the daughter of Nancy Clark Cook and the late Harold Cook. Jan had been employed as an insurance claims associate at Family Tree Dental in Marietta. She enjoyed caring for her horses and bowling with her friends. She is survived by her mother, of Vincent, and three daughters, Stephanie Brooker (Kevin), of Waterford, Jennifer McGuinness, of Marietta and Alli Herren (Damon), of Kent; five grandchildren; two sisters and one brother, Edith Nuding (Bob), of Celina, Patricia Cook, of Lausanne, Switzerland and William Cook (Sunny), of Pickerington. Jan was preceded in death by her father, a brother David Cook and a grandson, Logan Brooker. Funeral services will be held at the Marietta Chapel of Cawley & Peoples Funeral Home on Saturday, January 3, 2015, at 1:00 pm, with The Rev. Monsignor John Michael Campbell officiating. Jan's family will greet friends immediately following the service, until 3:00 p.m.

The family of Janet Ruth McGuinness created this Life Tributes page to make it easy to share your memories.

Send flowers to the McGuinness family.