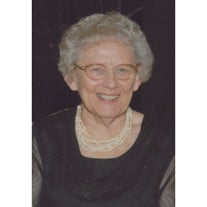 Janice E. McVicar McGregor, 80, of Vincent, died Tuesday, March 17, 2015, at Marietta Memorial Hospital. She was born September 11, 1934 in Marietta to Malcolm M. and Ethel J. Fuller McVicar. She was a 1952 graduate of Vincent High School. Janice was a member of the Veto Presbyterian Church, Marietta Chapter D.A.R., and was a board member of the Betsey Mills Club, as well as serving on the executive board. She was very active in the Officers Wives Clubs and had volunteered in the dental office at Remstein AFB in Germany. Janice was a direct descendent of the Vincent Family and served as the unofficial historian of the Barlow-Vincent area. She was member of the Belpre, Marietta and Western Washington County Historical Societies. She shared her knowledge of history by speaking to students and groups all over the area. Janice is survived by her husband, Miles D. McGregor, they were married October 31, 1953 at Ellington AFB in Houston, TX, also surviving are two sons, Mitchel McGregor (longtime companion, Kathy Wriston) and Jeffery McGregor (Christy), all of Vincent, three grandchildren, Michelle Moulton (Ethan) of Park City, UT, Malcolm McGregor (Autumn) of Hampton, VA and Jennifer McGregor of Pittsburgh, PA, two great grandchildren, Miles McGregor and Layla Buchanan, sister in law, Myrtie McVicar of Barlow and many nieces and nephews. She was preceded in death by her parents, two sisters, Dorothy Miller and Ruth Mitchell, and three brothers, Russell, Herbert and Kenneth McVicar. Funeral services will be held at 11:00 a.m. on Saturday, March 21, 2015, at the Barlow Chapel of Cawley & Peoples Funeral Home, with the Rev. Andy Gerhart officiating. Burial will be in Barlow Cemetery. Friends may call on Friday from 2 to 4 and 6 to 8 p.m. Donations may be made to Veto Presbyterian Church Building Fund, P.O. Box 158, Vincent, OH 45784 or Barlow VFD, P.O. Box 121, Barlow, OH 45712.

The family of Janice McVicar McGregor created this Life Tributes page to make it easy to share your memories.

Send flowers to the McGregor family.