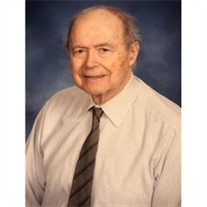 John Henry "Jack" Alrutz, III, 85, of Marietta, Ohio, died on Tuesday, November 17, 2020 at Marietta Memorial Hospital. He was born on July 31, 1935 in Schenectady, NY to John Henry Alrutz, II and Rebecca Walton Alrutz. Family was always first for Jack, he is survived by his three children, Cheryl Covington (Jon) of Marietta, Mark Alrutz (Jenny) of Taylorsville, NC, and Lori Barlow (Marc) of Fredericksburg, VA; grandchildren, Peter Koelsch (Cristina), Cari Schafer (Nathan), Alexandria Fouts (Ben), DJ Alrutz (Stacey), Deanna Singleton (Tyler), Joshua Alrutz, Hannalee Gordon (Lee), Kathleen Alrutz, Julianna Alrutz, Luke Alrutz, Steven Barlow (Chau Tran) and Christopher Barlow; great grandchildren, Emma and Kate Alrutz, Luann and Amyrah Gordon, Noah Schafer and Matteus Fouts. He was preceded in death by his wife of 45 years, Shirley Smith Alrutz, she died on February 4, 2004. Three sisters, Teresa Davidson, Mary Mangino and Patricia Alrutz also preceded him in death. Jack graduated from Sienna College in 1958 with a B.S. in Mathematics. He served his country in the U. S. Army Medics from 1959 to 1962. Jack was a member of The Basilica of St. Mary of the Assumption and was proud to be associated with the fellowship of AA for many years. He retired from General Electric where he was a computer programmer. Jack loved family, music, traveling, chess, reading, learning, walking around town and a good joke. Abiding with his wishes, he will be cremated. Memorial services will be announced in 2021. The Marietta Chapel of Cawley & Peoples Funeral Home is honored to serve Jack's family, and offers online condolences as well as many other resources by visiting their website, CawleyandPeoples.com.

The family of John Henry Alrutz created this Life Tributes page to make it easy to share your memories.

Send flowers to the Alrutz family.