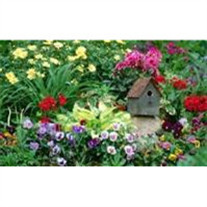 Lois Ann Baumgard, 72, of Williamstown, West Virginia, died Sunday, January 27, 2019 at Marietta Memorial Hospital. She was born on December 20, 1946 to Allie F. and Elsie L. Schwendeman Grimm. Lois was a 1964 graduate of St. Mary's Catholic School in Marietta, and a 1967 graduate of St. Joseph's School of Nursing. She retired from Memorial Health Systems in 2006 as a Registered Nurse, and had worked at St. Joseph's Hospital for many years, but her number one job was being a grandma. Lois was a member The Basilica of St. Mary of the Assumption. She is survived by her husband, Robert Francis Baumgard, whom she married on July 1, 1967; five children, Marc Baumgard (Steve) of Ft. Lauderdale, Florida, Brian Baumgard (Tracey) of Proctorville, Ohio, Brenda Baylor of Bay Village, Ohio, Amy Schutte (Mark) of Rocky River, Ohio and Robin Brown (Chris "C.J.") of Huntington, West Virginia; daughter in law, Michele Baumgard of Cleveland, Ohio; 15 grandchildren, Brandon (Ariel), Nathan, Zachary, Tiffany, Chelsie, Zane, Trenton, Dylan, Owen, Connor, Jude, Gideon, Gwen, Olivia and Ian; three great grandchildren, Carter, Athens and Myles; siblings, Carol White (Dave), Lynn Hackathorn (Jim), Rick Grimm (Dee), Pam Linn (Peter), Jan Mendenhall (Jay), Kim Ross (Dave), Scott Grimm (Terrie), Brett Grimm (Annette) and Matt Grimm (Jill); sister in law, Carol Grimm; and many nieces and nephews. She was preceded in death by her parents and two brothers, John and Jim Grimm. Funeral Liturgy with Mass will be celebrated at 10:00 a.m. on Thursday, January 31, 2019 at The Basilica of St. Mary of the Assumption, with The Rev. John Michael Campbell celebrating. Visitation will be on Wednesday from 2 to 4 and 6 to 8 p.m. at the Marietta Chapel of Cawley & Peoples Funeral Home, with a Vigil service at 3:00 p.m. Abiding with her wishes, her ashes will be entombed in the columbarium in Riverview Cemetery in Williamstown on a later date. Donations may be directed to the American Cancer Society in her memory.

The family of Lois Ann Baumgard created this Life Tributes page to make it easy to share your memories.

Send flowers to the Baumgard family.