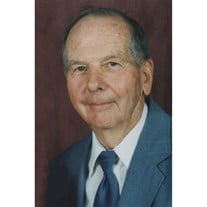 Max Clyde Carr Max Clyde Carr, age 85 of Marietta, passed away at Harmar Place in Marietta, Ohio on August 27, 2015. He was born March 10, 1930 in Marietta, Ohio to Clyde Adrian and Beulah Johnson Price Carr. Max graduated in 1948 from Marietta High School and attended Ohio University and Marietta College, receiving an Associate Certificate in Liberal Arts in 1967. He also attended printing equipment schools and is a graduate of the National Radio Institute with a degree in electronics for printers. In 1950 Max became a linotype operator at The Marietta Times after graduating from the Mergenthaler Linotype School in Brooklyn, N.Y. Later he became a machinist and along with his work at the newspaper, Max started his own part-time repair business and repaired printing equipment for job shops and small newspapers in Ohio and West Virginia. To make linotype operation more efficient, Max designed and implemented a linotype adaptation which was featured in the October 1960 Printing Production magazine. In 1969 Max became composing room superintendent for The Times and supervised the conversion from the hot lead production used in the company's building at 225 Putnam St. to the offset process in their new building at 700 Channel Lane. Finally, after 42 years with the newspaper, he retired in 1992 as Director of Production, ending a long newspaper career that actually began as a paper carrier. A break in Max's newspaper career occurred from 1961-1962 when he was called to active duty with the U.S. Army Reserves, 983rd Engineer Battalion, during the Berlin Crisis. He had previously transferred to the U.S. Army Reserves from the local Ohio National Guard unit which he joined in 1949. Max married his high school sweetheart, Mary Elizabeth (Betty) Stacy, Sept. 15, 1951. An environmentalist, along with his wife, he was active in the Citizens for Clean Air group in the late 1960's. In later years he and his wife could be seen picking up litter on their long evening walks throughout Marietta. An accomplished amateur photographer, Max was a longtime member of the Marietta Photographic Society. To honor Max's longtime membership and photographic skills, the group in 2009, surprised him by announcing a yearly award to be given in his honor. Other hobbies included golfing, bowling, reading, and camping and hiking throughout the U.S. and Canada with his family. He and his wife, after his retirement, walked 60 miles on the North Bend, W.V. Rail Trail. They often did foreign travels which included self-guided tours of Ireland, The United Kingdom, mainland Western Europe, and New Zealand, along with commercially guided tours of Eastern Europe and Central America. After returning home from their travels, Max and Betty often gave slide presentations to the Photo Club and other local groups. In later years Max became interested in genealogy and in Nov. 2011 was inducted into the Marietta Chapter of the NSSAR through his mother's lineage. Also through his mother's lineage he was descended from Mayflower pilgrim William Brewster, a leader of the colonists at Plymouth. He was also a member of the Washington County Historical Society and the Friends of the Museum. Last of all, Max will be remembered as a jokester for his 'Maxisms'. Even after his hospitalization from a severe falling accident, he could be heard giving his one line 'Maxisms' to his caregivers at Marietta Memorial Hospital. Max is survived by his wife of 64 years, Mary Elizabeth (Betty) and their three sons, Steven (Cindy) of Spring, TX; Brian (Fariba) of Kuwait; and Kevin (Jacinda) of Marietta; and grandchildren, Anthony (Sharon) Carr, Daniel and Dorsa Carr, Dalton Carr, great granddaughter Loralee Carr and step grandchildren Avery and Kody Phillips. He was preceded in death by his parents, a sister, Edna (Lloyd) Spindler and a nephew, Lloyd William Spindler, Jr. A celebration of Max's life will be held with an informal reception from 2 to 4 p.m. Saturday, September 12, at Cawley & Peoples Funeral Home, 408 Front St., Marietta. Those attending are invited to share memories of Max, especially his sense of humor and practical jokes around 3:00 P.M. A private burial service at the convenience of the family will be held in Oak Grove Cemetery near the woods where Max played as a child. The Rev. Linda N. Steelman will officiate. If desired, memorial contributions may be made to the Strecker Cancer Center, Marietta Memorial Hospital, 401 Matthew St.

The family of Max Clyde Carr created this Life Tributes page to make it easy to share your memories.

Send flowers to the Carr family.