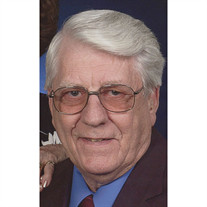 Thomas Harrison Rippeto, Jr., 83, of Marietta, died Tuesday, November 3, 2015, at Marietta Memorial Hospital. He was born June 2, 1932 in North Kansas City, Missouri to Thomas Harrison and Mildred Frances Ball Rippeto. Tom was a U.S. Navy veteran of the Korean War, serving from 1950 to 1954. He retired from Plumbers and Pipefitters and Steamfitters Union 565 in Parkersburg, WV in June of 1994. He was a 50 plus year member of Coolville Lodge #337, F& AM. Tom is survived by his wife, Mary Jo Adams Rippeto; his three children, Brian Keith Rippeto (Beth) of Marietta, Kevin Thomas Rippeto of Vienna, WV, and Charla Gay Rippeto of Orrville, Ohio; two brothers, Keith Eugene Rippeto (Karen) and Stephen Lee Eaton and a sister, DeAnn Sue Black, all of Parkersburg, WV; a stepson, Jeffrey W. Adams, six grandchildren and 11 great grandchildren. He was preceded in death by his parents, a daughter, LuAnn Sutherland, and a step son, David Glenn Adams. There will be a Masonic service held at 12:30 p.m., followed by a funeral service at 1:00 p.m., on Thursday, November 5, 2015, at the Marietta Chapel of Cawley & Peoples Funeral Home. Friends may call from 10:00 a.m. until time of services. The family would like to express their thanks to Dr. Kelli Cawley, Dr. Joseph Zacharias, the ICU unit and the nurses on second floor, West, at Marietta Memorial.

The family of Thomas Harrison Rippeto created this Life Tributes page to make it easy to share your memories.

Send flowers to the Rippeto family.