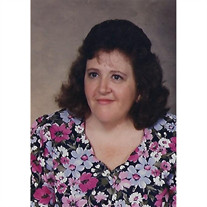 Diana Sue Smith, 69, passed away Saturday, January 18, 2020, at Senior Care of Hewitt. Services to celebrate Diana's life will be held on January 23, at 6:00 p.m. at Wilkirson-Hatch-Bailey Funeral Home in Waco, Texas. Following the services, Diana will be laid to rest at Riverview Cemetery in Williamstown, West Virginia. Diana, known lovingly to her family as Suzie, was born in Chelyan, West Virginia, on March 6, 1950, to Eugene and Anita Smith. Diana was raised in Winifrede, West Virginia, until moving to Hillsdale, New Jersey, where she graduated from Pascack Valley High School. Diana would move from New Jersey to Williamstown, West Virginia, in 1970, and to Norton, Massachusetts, in 1975. Later, Diana settled near New Orleans, Louisiana, a place she would always feel was her home. Diana moved to Texas to join her family after suffering the loss of her home in Hurricane Katrina. Diana was an avid fan of NFL football, specifically the New England Patriots. On any given Sunday, you could find her yelling "GRONKOWSKI." The only time her loyalty waivered was during the Saints' Super Bowl season in 2010, but she would never admit it. Diana would tell her family that she wanted to write an autobiography entitled, "Don't Call Me Miss, Because I Didn't Miss a Thing." Those who loved her know how true that was. Diana's passing brings her home to join her mother and father; her brother, James E. Smith; her aunts and uncle, Juanita Green, Jewel McGraw, Kenneth Smith and Kay Skidmore; and other loving family members. Diana is survived by her sisters and brother, Patricia A. Smith, Denita J. Johnstone, Darlena K. Smith, Samuel H. Smith and his wife, Marcia, and Peggy A. Smith; her aunts, Doris Dunlap and Janet Smith; and her loving nieces and nephews, great nieces and nephews, and many cousins, and other treasured family members, including her lifelong friend, Chuck Fernandez. Diana is also survived by her cat, Myling, who she would often say she loved more than anyone in the world. In lieu of flowers, please consider a donation to Feedthechildren.org, an organization that was very close to Diana's heart. A Graveside Service will be at 1:00 p.m. Saturday, January 25, 2020 at Riverview Cemetery. The family will greet friends from 11:30 to 12:30 at the Marietta Chapel of Cawley & Peoples Funeral Home. Cawley & Peoples Funeral Home is honored to serve Diana's family and offers online condolences and many resources by visiting www.cawleyandpeoples.com.

The family of Diana Sue Smith created this Life Tributes page to make it easy to share your memories.

Send flowers to the Smith family.