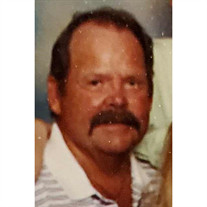 Harley G. Roberts Sr. 74, of Marietta, Oh. Formerly of Bartlett, Oh. Passed away Saturday May 16, 2020 after a sudden illness. He was born October 7, 1946 to the late John W. and Agnes Marie Roberts. He attended Belpre High School and was a roughneck, driller, cable tool hand, rig operator and just an all-around old school jack of all trades and master of none. Gary or Ole Harley as we called him, or Doc Roberts when on the golf course, leaves behind many loved ones starting with his other half Lillie Roberts, daughter Cathryn Roberts and fiancé Jeremy Dotson. Sons of the home Roman and Andrew Roberts, and son Harley G. (Little Gary) Roberts Jr and wife Lisa. Grandchildren Savannah and fiancée Kris Wilson and Caitlynn Roberts. Little Sisters Tina Reeder and husband Perry and Tammy White and husband Vance. Many nieces and nephews who called him Uncle Harley. He was preceded by his Big sister Janet M Cook, his brothers, golfing buddies, friends and all-around partners in crime, John (Johnny) Roberts, Mike (Buckaroo) Roberts, and his twin brother and his best friend Larry (L.D.) Roberts. I am a nephew that was given the honor to write this small piece about Harley. Also, I am a witness to these golf outings. To see the comradery between these men on a Sunday was something to see, and the laughs will never escape my memory. The orneriness and the sly grin of Harley will never be forgotten. Rest assured they are getting the bets lined out, the money is in the skin game, and the four of them are playing another Cutthroat Open. Rest well Harley. You will be missed. Abiding with government recommendations for social distancing during the COVID-19 Pandemic, a private family viewing will be held on Wednesday, May 20, 2020, at the Marietta Chapel of Cawley & Peoples Funeral Home, with private graveside at Tunnel Cemetery, officiated by Jeff Tucker. There will be no visitation or greeting of friends and extended family at this time. Donations may be directed to Cawley & Peoples Funeral Home, 408 Front Street, Marietta, Ohio 45750. Visit CawleyandPeoples.com to send his family condolences and for many other resources. You may also call 740-373-1111 to make a donation over the phone.

Harley G. Roberts Sr. 74, of Marietta, Oh. Formerly of Bartlett, Oh. Passed away Saturday May 16, 2020 after a sudden illness. He was born October 7, 1946 to the late John W. and Agnes Marie Roberts. He attended Belpre High School and was a... View Obituary & Service Information

The family of Harley Gerald Roberts created this Life Tributes page to make it easy to share your memories.

Send flowers to the Roberts family.