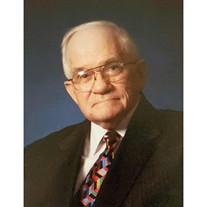 Kenneth Wayne Wall, age 85, passed away peacefully at Heartland of Marietta on April 18, 2020. He was born March 23, 1935, in Charleston, WV, the son of the late Clarence and Martha (Brown) Wall. Wayne was a graduate of Charleston High School, class of 1953. He received his Bachelor of Arts degree from Marietta College in 1957 and his Master of Arts in Speech Communications from the University of Redlands, CA in 1958. He was a member of Alpha Tau Omega fraternity and Omicron Delta Kappa fraternity. Wayne attended the University of Iowa for two years where he also taught; was the Debate Coach and taught Speech Communications at Norwich University in Northfield, VT for 6 years; and then returned to Marietta College as Debate Coach and Professor of Speech Communications. He attended Ohio University where he received his PhD in Speech Communications in 1970 and continued to teach at Marietta College, acting as Chairman of the Speech Communications and Theater Arts Department until his retirement in 1999. He acted as Interim Dean of Marietta College in 1979. Wayne was a member of First Congregational United Church of Christ in Marietta where he served on the Board of Trustees for several years. He established Kenwall Communication Services, Inc., a business consulting firm in the 1980's. Wayne volunteered delivering for Franciscan Meals. In his spare time, and during retirement, he enjoyed big band music, playing golf and traveling. Wayne was a loyal fan of the OSU Buckeyes. Wayne is survived by his loving wife of 57 years, the former Anita Jerd of Northfield, VT, a son David Wayne Wall of Athens, OH, a daughter Patricia Anne Stetson of Garner, NC, a daughter Lisa Marie Williams, and husband, Michael, of Westerville, OH, a granddaughter Maria Elizabeth Stetson, five step-grandchildren, Emily, Grant, Ethan, Faith, and Lydia Williams, a step great-granddaughter, Violeta Villada, a brother-in-law Raymond Jerd, and wife, Judy, of Orangevale, CA, as well as several nieces and nephews. He was predeceased by his parents, and infant son Kenneth Richard, and son-in-law Thomas Stetson. He is to be cremated, with a memorial service at the First Congregational United Church of Christ at a later date, to be announced. Burial will be in Putnam Cemetery. Memorial contributions may be made to the First Congregational Church, 318 Front Street or to the Greater Marietta Community Food Pantry, 635 St. Rt. 821, Complex 1, Bldg. 3, both in Marietta, OH 45750. Cards and messages for the family may be directed to the funeral home, 408 Front Street, Marietta, OH 45750. Cawley & Peoples Funeral Home is honored to serve the Wall family, offering on-line condolences and many other resources by visiting CawleyandPeoples.com.

Kenneth Wayne Wall, age 85, passed away peacefully at Heartland of Marietta on April 18, 2020. He was born March 23, 1935, in Charleston, WV, the son of the late Clarence and Martha (Brown) Wall. Wayne was a graduate of Charleston High School,... View Obituary & Service Information

The family of Kenneth Wayne Wall created this Life Tributes page to make it easy to share your memories.

Send flowers to the Wall family.