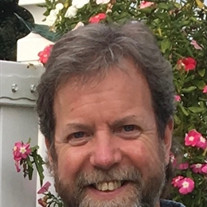 Monte Ray Cunningham, 56, of Belpre passed away Saturday, July 3, 2021, at James Cancer Center, following a brief battle with leukemia. He was born December 21, 1964 in Marietta, OH to Ike and Sharon Perdue Cunningham. He worked at Marietta Mack for 35 years and was the manager of the parts department. He had actively coached many years with Warren Local youth basketball. Monte was an avid sports fan, including attending all of his sons high school and college basketball games. He enjoyed golfing and was known for his meticulously cared for lawn, as well as his “Man Cave”. Monte was an “awesome” husband and father, and is survived by his wife, Dianna “Dee” Roe Cunningham, whom he married September 2, 1990; two sons, Austin Cunningham (Jordanna) of Belpre, Carsyn Cunningham, of the home with whom he strived to make his world a better place; mother, Sharon Cunningham of Belpre, one sister, Misty Cunningham of Belpre; mother-in-law, Norma Roe of Waterford; several nieces and nephews, special family members, Paul Chamberlain, Rick Sayre, Kiley Boggs. He is preceded in death by his father, and father-in-law, Wayne Roe. Funeral Services will be 11:00am Thursday, July 8, 2021 at the Barlow Chapel of Cawley & Peoples Funeral Home with Steve Roe officiating. The family will greet friends on Wednesday from 2-4 and 6-8. Memorial donations may be made to Warren High School Boys Basketball Team, 130 C804, Vincent, OH 45784. Cawley & Peoples Funeral Home is honored to serve Monte’s family and offers online condolences and many resources by visiting www.cawleyandpeoples.com or by going to their Facebook page.

Monte Ray Cunningham, 56, of Belpre passed away Saturday, July 3, 2021, at James Cancer Center, following a brief battle with leukemia. He was born December 21, 1964 in Marietta, OH to Ike and Sharon Perdue Cunningham. He worked at Marietta... View Obituary & Service Information

The family of Monte Ray Cunningham created this Life Tributes page to make it easy to share your memories.

Send flowers to the Cunningham family.