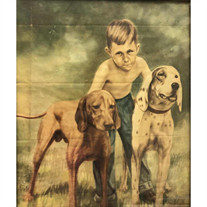 Robert B. McIntyre, 75, of Lowell, Ohio, passed away on Monday, June 15, 2020 at Marietta Memorial Hospital. He was born on June 14, 1945 in Marietta to Virgil and Edith Kerns McIntyre. He graduated from Williamstown High School in 1964, where he lettered in several sports and was captain of the football and basketball teams. Bob was a U.S. Army Veteran, serving during Vietnam in the Combat Engineers. He retired from B.F. Goodrich in 1986. Bob was a member of the American Legion, Post 750 in Lowell, where he was a Past Commander, Lowell Senior Citizens, where he was the treasurer, life member of the VFW Post 5108 in Marietta, life member of the North American Hunting Club, member of the National Field Trial Association for Sporting Dogs, and a member of St. John's Evangelical Church in Lowell. He was an avid sports fan, loved playing ball and hunting, and loved his coonhounds and dog race field trials. Bob is survived by his wife, Darlene Bosner McIntyre, whom he married on September 18, 1970; his sister, Peggy McIntyre Sutton; niece Raina Sutton Snyder; niece Deana Sutton Poburs; nephew, Randy Sutton (Robin); and several great nieces and nephews. He was preceded in death by his parents. A public memorial gathering will be held on Saturday, July 11th, 2020 from 2 to 4 p.m. at The American Legion in Lowell. Private burial of his ashes will be in Greenlawn Cemetery in Lowell. In lieu of flowers, donations may be made to the L-A Fire & Rescue Squad, The American Legion in Lowell or to Shriner's Hospital. Cawley & Peoples is honored to serve Bob's family, offering on-line condolences and many other resources by visiting CawleyandPeoples.com .

Robert B. McIntyre, 75, of Lowell, Ohio, passed away on Monday, June 15, 2020 at Marietta Memorial Hospital. He was born on June 14, 1945 in Marietta to Virgil and Edith Kerns McIntyre. He graduated from Williamstown High School in 1964, where... View Obituary & Service Information

The family of Robert Boyd McIntyre created this Life Tributes page to make it easy to share your memories.

Send flowers to the McIntyre family.