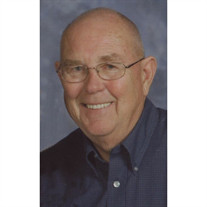 William Joseph "Bill" McDermott III, 81, of Vincent, Ohio, died Tuesday, January 9, 2018, in Bradenton, Florida. He was born on February 22, 1936 in Washington D.C. Bill was a 1955 graduate of Marietta High School. He served his country in the U.S. Army during the Berlin Crisis for two years in Germany, then entered the Army Reserves, where he was called back in to serve during the Cuban Crisis. Bill worked over 30 years for BorgWarner and G.E. Plastics, working his way up to an Industrial Electrical Technician, retiring in 1994. He was a member of St. Ambrose Catholic Church, where he was involved in the Men's Group, Knights of Columbus, was a Eucharistic Minister for years and taught Sunday school. Bill worked with Habitat for Humanity for many years, and taught an instrument technician class at Washington Career Technical School. Bill and his wife, Margie, enjoyed wintering in Florida, where they had many close friends in the community they lived and loved playing horseshoes. He also enjoyed fishing and he was always tinkering with things. He is survived by his wife, Margaret Ann "Margie" Miller McDermott, whom he married on May 24, 1958; four children, Michael McDermott (Shona), Daniel McDermott (Kim), Vicky Treadway (Brian) and James McDermott (Deb); 14 grandchildren, Travis, Nathan, Ashley, Chelsea, Scott, Mark, Isaac and Benjamin McDermott, Jennifer Kilburn, Joshua and Jeremy Treadway, Janelle Hilber, Taylor Vanlandingham and Derek Scoggin; and 12 great grandchildren. He was preceded in death by his father, William Joseph McDermott, Jr.; mother, Helen Frances Warfield McDermott Warman; and grandson, Kyle Ellis. Funeral Liturgy with Mass will be held at 11:00 a.m. on Wednesday, January 17, 2018 at St. Ambrose Catholic Church, with The Rev. Robert Gallagher celebrating. Burial will follow in East Lawn Memorial Park, where full military honors will be observed. Visitation will be the Barlow Chapel of Cawley & Peoples Funeral Home on Tuesday, from 2 to 4 and 6 to 8 p.m. Donations may be made to St. Ambrose Catholic Church, 5080 School House Road, Little Hocking, Ohio 45742.

William Joseph "Bill" McDermott III, 81, of Vincent, Ohio, died Tuesday, January 9, 2018, in Bradenton, Florida. He was born on February 22, 1936 in Washington D.C. Bill was a 1955 graduate of Marietta High School. He served his country in... View Obituary & Service Information

The family of William Joseph McDermott created this Life Tributes page to make it easy to share your memories.

Send flowers to the McDermott family.