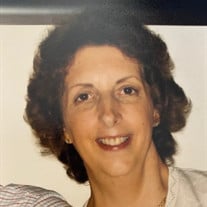 Charlotte Sue Fischer, a loving wife, mother, sister and friend, died Feb. 9, 2021 at Marietta Memorial Hospital with her family at her side. She was 67. Born in Canton January 24, 1954 to Jack and Rilla Hayes, Charlotte Sue was a sensitive, open-minded person who held high expectations for herself and the world. In her teens and 20s, she pursued a career as a high-end executive assistant in an era when most women didn't work outside the home. She graduated from Glenwood High School in 1972, one year after she met a Malone College student named Orvie Fischer. For nearly the next 50 years — including the last 46 and a half as husband and wife — they were inseparable. They built a successful life together by bringing out each others' best traits and compromising, in everything from parenting to money management to vacation destinations. She left the workforce to raise her two sons in the 1980s and 1990s, times she called "the best years of her life," and remained involved in their schooling as a volunteer and supporter of public schools, helping with several school levy campaigns. In 1985, she left her beloved hometown of Canton for Marietta. Over her more than three decades in Marietta, she evolved into a leading church lady of the town, sitting on committees and volunteering in many programs at First Presbyterian Church, Christ United Methodist Church and the First Congregational Church. She gained renown for her prodigious baking, famously getting pie crusts just right and making more than 1,000 Christmas cookies each year with her sister, Peggy. She returned to work as her children grew up, working for the Washington County Public Library and the National Fenton Art Glass Society Inc. In retirement, she became active in Democratic politics, volunteering on both of President Barack Obama's two presidential campaigns. She leaves behind her husband Orvie and her sons, Ben Fischer (Mandy Jenkins) of Brooklyn, NY., and Will Fischer (Meredith Gray), of Bowie, Md., and her granddaughter, Anna Fischer. She is also survived by her sister and close friend, Peggy (Scott) Oancea of Marietta, and several close cousins. She is preceded in death by her parents, her brother George Hayes, and a special aunt, Norma Lux. There was private services for the immediate family officiated by the Rev. Gary Jon Cooper, a favorite pastor of hers who graciously helped her family in her final days. Family will greet friends at a public celebration of life at Masonic Park in Devola on Saturday, June 19, 2021 starting at 3 p.m. Memorial donations can be sent to the Greater Marietta Community Food Pantry, the First Congregational Church of Marietta, or the Myotonic Dystrophy Foundation. Cawley & Peoples Funeral Home is honored to serve the Fischer family and offers online condolences and many resources by visiting www.cawleyandpeoples.com or by going to the funeral home's Facebook page.

Charlotte Sue Fischer, a loving wife, mother, sister and friend, died Feb. 9, 2021 at Marietta Memorial Hospital with her family at her side. She was 67. Born in Canton January 24, 1954 to Jack and Rilla Hayes, Charlotte Sue was a sensitive,... View Obituary & Service Information

The family of Charlotte Sue Fischer created this Life Tributes page to make it easy to share your memories.

Send flowers to the Fischer family.