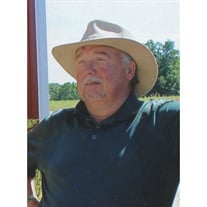 David Bruce Combs, 60, of Beverly, died Thursday, July 30, 2015 at Riverside Methodist Hospital in Columbus, OH. He was born on October 5, 1954 in Marietta, OH, to Bernard and Pauline Young Combs. Dave graduated from Fort Frye High School in 1973 and received his Bachelor of Science in Business Administration from Bowling Green in 1977. Right out of college, he worked for Citizens Bank in Beverly and then Markinetics. Dave was a treasurer for years, for Fort Frye, Frontier, Belpre and Marietta City Schools, and following retirement from that, he got his dream job and became the manager of Lakeside Golf Course. Dave was a member of the Beverly United Methodist Church, where he chaired the finance committee. He was also a member of the Son's of the American Legion, the Washington County Republican Party, Friends of the Library and was on the board of Public Affairs in Beverly. He was an avid golfer and later in life realized he was a dog lover. He is survived by his wife, Christy Hysell Combs, whom he married June 22, 1991. Also surviving are two sons, Nate Simpson (Fiancé, Samantha) of Waterford and James Simpson (Heather) of Marietta, two grandsons, David and Austin Simpson, a special granddaughter, Lydia, three siblings, Rick Combs (Dianne) of Lancaster, OH, Carl Combs (Susan) of Ann Arbor, MI, Karen Pottmeyer (Ted) of Churchtown, a sister in law, Jane Combs of Beverly, and many nieces and nephews. He was preceded in death by his parents and brother, Gary Combs. Funeral services will be held at 10:00 a.m. on Monday, August 3, 2015 at the Beverly United Methodist Church, with Rev. Matthew Weaver officiating. Burial will follow in Beverly Cemetery. Visitation will be at the Marietta Chapel of Cawley & Peoples Funeral Home on Sunday from 2 to 8 p.m. Memorial contributions may be made to the Humane Society of the Ohio Valley, P. O. Box 5, Marietta, Ohio 45750.

The family of David Bruce Combs created this Life Tributes page to make it easy to share your memories.

Send flowers to the Combs family.