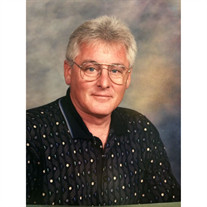 David Jerome Meredith, 68, of Marietta, Ohio, died Thursday, June 1, 2017 at his home. He was born on May 17, 1949 in Detroit, MI. Dave received his Automotive Science Certificate from Schoolcraft College and attended Eastern Michigan. He was a private contract worker, doing all types of jobs, including painting and restoration, and he had worked at Horner and Harrison. Dave was an avid golfer, loved the game, was the golf professional at the Golf Club of WV for many years, and went through PGA schooling. He was a tremendous nature lover, of plants and animals, and loved woodworking. Dave was a member of St. Luke's Episcopal Church, where he was a consistent service assistant at the daily 8 a.m. Mass, and was very active in other aspects of the church as well. He is survived by his wife, Susan Stout Meredith, whom he married on October 27, 1996; two sons, Justin Meredith (Mary) of Winchester, VA and Aaron Meredith (Jacquie) of Denver, CO; step son, Jeffry Voycik of Columbus; grandson, William Ryan Meredith; brother, Peter Meredith (Tamie) of Marietta; niece, Emily Meredith of Columbus; and his Pit Bulls, Kane and Bailey. He was preceded in death by his parents Emiline Brenner and Edwin Clark Meredith; and son, Ryan David Meredith. Memorial Mass will be held at 1:00 p.m. on Saturday, June 17, 2017, at St. Luke's Episcopal Church, with The Rev. Arthur Bennett celebrating. Scattering of his ashes will take place in the church garden as part of the service. Family will greet friends for one hour prior to the services at the church, and at a reception after the services, in the church social hall.

David Jerome Meredith, 68, of Marietta, Ohio, died Thursday, June 1, 2017 at his home. He was born on May 17, 1949 in Detroit, MI. Dave received his Automotive Science Certificate from Schoolcraft College and attended Eastern Michigan. He was... View Obituary & Service Information

The family of David Jerome Meredith created this Life Tributes page to make it easy to share your memories.

Send flowers to the Meredith family.