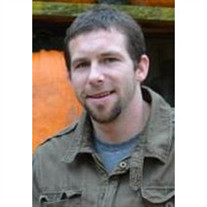 Eric John Johnson, 37, of Vincent, Ohio, died suddenly, Friday, July 7, 2017 at his home. He was born on April 2, 1980, in Buffalo, NY, to Stephen W. and Judy Bauda Johnson. Eric recently graduated from Washington State Community College with an Associate's Degree in social work, and was board licensed as a counselor, social worker, marriage and family therapist. He was employed at Logan's Steakhouse but was looking forward to new employment following his recent graduation. Eric was hard working, had a kind soul, and was always giving to all less fortunate. He was an artist, poet, philosopher, and most of all a loving father, son, brother and friend. He is survived by his beloved daughters, Ava and Sophia Johnson; loving parents, Judy and Steve Johnson; caring siblings, Jennifer Johnson, Matthew (Sandra Konta) Johnson, and Nathan (Katy-Jane) Johnson; three nieces and one nephew; adoring grandmother, Barbara Johnson; and many aunts, uncles, cousins and friends. He was preceded in death by his grandparents, John "Jack" Johnson and Nancy and Michael Bauda. Funeral services will be held at 7 p.m. on Tuesday, July 11, 2017, at the Barlow Chapel of Cawley & Peoples Funeral Home. Visitation will be on Tuesday, from 3 to 7 p.m. Memorial contributions may be made in his memory to a go fund me site that has been set up, https://www.gofundme.com/fund-for-erics-children .

The family of Eric John Johnson created this Life Tributes page to make it easy to share your memories.

Send flowers to the Johnson family.