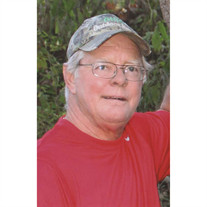 James William Archer, 69, of Marietta, Ohio, died Saturday, April 29, 2017 in Marietta. He was born in Marietta on July 22, 1947, to the late Ethel Cochran and James R. Archer. Jim graduated from St. Mary's Catholic High School in 1965 and received his Bachelors of Education from Glenville State College in 1970, where he was a star basketball player. He retired from Archer Auto Parts, and was a member The Basilica of St. Mary of the Assumption. He is survived by his wife, Becky Stalnaker Archer, whom he married on December 27, 1968; three daughters, Missy Slay (Tom) of Cincinnati, Ohio, Jaime Cunningham (Ben) of Marietta, and Jenny Uhl (Colby) of Clearwater, Florida; three grandchildren, Matthew, Kenzi and Carson Cunningham; three brothers, Dave Archer (Arlene) of Lowell, Bob Archer (Jane) of Cleveland, and Don Archer (Rhanda) of St. Mary's, WV; and many nieces and nephews. Funeral Liturgy with Mass will be held at 10:00 a.m. on Thursday, May 4, 2017 at The Basilica of St. Mary of the Assumption, with The Rev. Msgr. John Michael Campbell celebrating. Burial of ashes will follow Mass in New St. Mary's Cemetery. Visitation will be on Wednesday from 2 to 4 and 6 to 8 p.m. at the Marietta Chapel of Cawley & Peoples Funeral Home. A celebration of Arch's life will be held at the Town House on Front Street in Marietta on Thursday from 2 to 4 p.m. Memorial contributions may be made to St. Mary's School Foundation, 506 Fourth Street, Marietta, Ohio 45750.

The family of James William Archer created this Life Tributes page to make it easy to share your memories.

Send flowers to the Archer family.