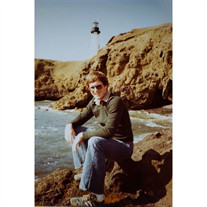 Kenneth Charles Blanchard, 68, of Fleming, Ohio, died Friday, January 10, 2020, at Marietta Memorial Hospital Belpre Campus ER. He was born on March 24, 1951 in Pittsburgh, PA, to Charles Grant and Jean Elizabeth Kamphouse Blanchard. Ken graduated in 1969 from Penn Hills High School in Pennsylvania and then received his Bachelor of Arts in Accounting from Geneva College. He worked at Dravo in Marietta for 20 years in Accounting, I.C.F. in Washington D.C. as Director of Information Systems, Airolite in Marietta as Chief Financial Officer and President and then PCI-Allite Louvers in Mineral Wells. Ken was an avid golfer, sail boat enthusiast and loved farming and being a grandfather. In April of 2014, Karyn donated a kidney to him. He is survived by his wife, Sharyn Imogene Smith Blanchard, whom he married on November 17, 1979; his mother, Jean Blanchard, of Mt. Lebanon, PA; two children, Kathryn Quartermaine of Reynoldsburg, Ohio and Karyn Blanchard (Kevin Armstrong) of Vincent, Ohio; four grandchildren, Kaleenia, Malcolm, Jason and Dixie; siblings, Ronald Blanchard (Fran) of Australia, Joseph Blanchard of Sherriff, SC, and Dolly Hornick (Tom) of Pittsburgh; and many nieces and nephews. He was preceded in death by his father. Memorial services will be held at 7:00 p.m. on Monday, January 13, 2020 at the Barlow Chapel of Cawley & Peoples Funeral Home. Family will greet friends from 5 to 7 p.m. at the funeral home. In lieu of flowers, his family asks that you make donations in his memory to a charity of your choice. Cawley & Peoples is honored to serve Ken's family and offers online condolences and many more resources by visiting their website, CawleyandPeoples.com .

The family of Kenneth Charles Blanchard created this Life Tributes page to make it easy to share your memories.

Send flowers to the Blanchard family.