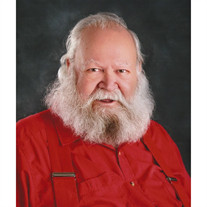 Leroy R. Chapman, 81, of Lowell, OH died at home November 19, 2020, after a long struggle with heart disease, His wife, Alice Ely Chapman and his sister, Linda Young were with at his side. Leroy was born January 28, 1938 in Middleport, OH, son of Julius Martin Chapman and Lillian Marcella Chapman. His early years were spent in various towns and villages along the Ohio River, Ravenna, OH and Clifton, WV. He attended Rutland High School where he played on the Football team and sang in the glee club all 4 years. He graduated in 1957. He then enlisted in the Army and spent 7 years in both the US, Germany and France where he met Alice. They were married in 1966 after he completed his military career and she completed college. They had 2 sons, John Martin Chapman (Julia Kay) and George Edward "Ted" Chapman (deceased) and lived in Glenside PA for 30 years. Leroy spent that time as a Letter Carrier for the US Post Office. After he retired from the Post Office, he attended the Pennsylvania Gunsmithing School and decided to open North Pole Gunsmithing shop in Marietta OH. He retired for the second time in 2012. Leroy loved hunting, fishing and working with youth. He was active in the Boy Scouts, earning awards as a Cubmaster, Scoutmaster, and Honored Scouter. He especially loved teaching the Boy Scouts gun safety and how to fish. An avid fly-fisherman, he attended the Allenberry Fly Fishing School in 1972 and was a active member of the Dame Juliana League where he led efforts to improve the trout habitat in French Creek, Montgomery County, PA. His greatest love was being Santa Claus to all the preschools and schools in Glenside and surrounding areas and was the official Santa Claus for several Christmas Parades. Even when he was not in the Santa outfit children called his Santa Claus. He loved traveling and visited all 50 states with the family before his 2 sons graduated from high school. He deeply loved his wife, Alice, and enjoyed traveling with her to England, France, Russia, Peru, Costa Rico, Hong Kong, China and Japan. During these travels he became an avid bird watcher and in his later years greatly enjoyed looking out the windows of their Lowell home at the variety of birds that came to their grass. In addition to his parents, Leroy was predeceased by a sister, 2 brothers and his son, Ted. He was survived by 3 brothers, Joe Chapman, Brent Chapman and Jimmy Chapman, a sister, Linda Young (Danny), his son, John (Julia Kay) and 2 grandchildren, Kyra and Autumn. He was survived by the many nieces and nephews and other children who always called him Santa Claus. According to his wishes, he will be cremated and his ashes scattered by the family in spring. A Gathering of Family and Friends will take place at the Ely Chapman Education Foundation as soon as the Covid-19 threat has passed. The family wants to thank the wonderful nurses and Dr. Cawley at Marietta Hospital Hospice/Amedisys, the aides at Affordable In Home Care, and the staff at Cawley and Peoples Funeral home all for their care of Leroy in his final days. In lieu of flowers, memorial donations or condolences can be made to the Ely Chapman Education Foundations, 403 Scammel St, Marietta, OH 4575O

Leroy R. Chapman, 81, of Lowell, OH died at home November 19, 2020, after a long struggle with heart disease, His wife, Alice Ely Chapman and his sister, Linda Young were with at his side. Leroy was born January 28, 1938 in Middleport, OH,... View Obituary & Service Information

The family of Leroy R. Chapman created this Life Tributes page to make it easy to share your memories.

Send flowers to the Chapman family.