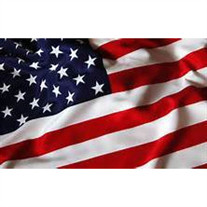 Michael Walton Baldwin, 67, died Sunday, December 21, 2014, at his home in Amesville, Ohio with his family by his side. He leaves his wife of 45 years, Judith (Winston) Baldwin; his sons, Jeremiah, Jacob, Joseph, and Jonathan; his siblings, Daniel, Jeffrey, and Michelle; his grandchildren, Nehemiah, Abigail, Alexandria, and Mackenzie; and many other friends and family Mr. Baldwin was born on December 3, 1947 in Ithaca, New York to Walton and Blanche Baldwin. After graduating high school he joined the United States Navy where he served over 20 years and one tour in the Vietnam War earning the rank of Petty Officer, First Class. While training at the Great Lakes Naval Station he met his future wife Judith, "the woman I'm going to marry", and married her in 1969. Over the years, the couple welcomed four children into their home and Mr. Baldwin set about teaching them sarcasm and patience. His children remember him as a faithful and selfless father who encouraged them to stay true to their beliefs. After retiring from the Navy, Mr. Baldwin joined the Atlantic Group as a MOV Technician. During his career he traveled across the country repairing nuclear and coal power plants. When not traveling and working, Mr. Baldwin returned to his family and farm where he dabbled in a plethora of topics including: gardening, cooking, grilling, military history, and woodworking. A memorial service will be held at Mount Hermon Church, 21852 State Route 550, Amesville, OH 45711 at 2:00 pm on January 3, 2015. All are welcome to attend and celebrate Mr. Baldwin's life. Condolences can be sent to 16057 Fruit Farm Rd, Amesville, Ohio.

Michael Walton Baldwin, 67, died Sunday, December 21, 2014, at his home in Amesville, Ohio with his family by his side. He leaves his wife of 45 years, Judith (Winston) Baldwin; his sons, Jeremiah, Jacob, Joseph, and Jonathan; his siblings,... View Obituary & Service Information

The family of Michael Walton Baldwin created this Life Tributes page to make it easy to share your memories.

Send flowers to the Baldwin family.