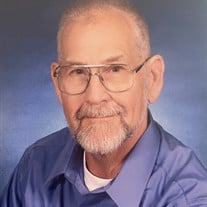 Michael David Leonhart, WD8MIQ, passed away peacefully at his home on Wednesday, January 5, 2022. He was the son of the late Irvin and Lola Leonhart. Michael was born in Marietta, Ohio on July 31, 1944. A brother to the late Elizabeth Stephens and Sharon Medley of Ocala, FL, husband, of 58 years, to Darlene Sue Landaker Leonhart and father to Michelle Leonhart Stevens (Greg Athey) of Stanleyville, Ohio and Steven Leonhart of Chillicothe, Ohio, and proud grandfather to Tyler Leonhart of Columbus, Ohio, Summer Athey of Stanleyville, Ohio and Greg Athey, Jr, of Williamstown, WV. Michael was a Mason with membership to Harmar Lodge 390 and Past Master in 1988. His Masonic affiliations include-Grand Council Royal & Select Masons of Ohio, Marietta Council 78, Marietta Commander No. 50 Knight Templar, Royal Arch Masons of Ohio American Union No. 1 and Order of the Eastern Star of Marietta, Chapter 59. Besides farming on his family farm in Stanleyville, Michael worked as a Chemical Operator with Union Carbide/Chevron Phillip Chemical at the Marietta facility for 44 years. Shortly after taking residence in Stanleyville, Michael helped to establish the Fearing Twp. Volunteer Fire Department, holding the title of being the first Fire Chief for several years. He was a member of the Fort Harmar Rifle Club, of which he participated in gun matches as well as gun collecting. He was a lifetime member of the National Rifle Association. You could find him on Monday mornings at the Marietta Boat Club mowing the lawn with fellow club members. A member of the Marietta Amateur Radio Club and Parkersburg Radio Klub, where he was known as WD8MIQ, and had voice contacts with all countries of the world. Michael was a one-time member, starting in his teens, of the Vienna Sky Sharks, where he built and flew radio-controlled planes. Other times you would find him at NHRA Drag raceways in the pit area. Michael loved camping, boating, watching Nascar racing, all forms of football, reading mystery/spy books and solving Sudoku puzzles. A Christian by faith, he was a member of the First Baptist Church of Marietta. He is also survived by his sisters in law and brother in law as well as many nieces and nephews. Those also preceding him in death were infant sons, Michael David II and James, infant daughter, Richelle, granddaughter, Erica Stevens, grandson, Eric Stevens and parents in law, Francis and Gladys Landaker. Visitation will be on Friday, January 7, 2022 at the Marietta Chapel of Cawley & Peoples Funeral Homes, from 5:00-7:00 pm, with Masonic services held at 7:00 p.m. Funeral services to be held at 1:00 p.m. on Saturday, January 8, 2022 with Reverend Chad Mugrage officiating, with visitation for one hour prior as well. Burial will follow at Berg Cemetery in Whipple. Donations may be made to the Fearing Twp. Volunteer Fire Dept. at 1975 Stanleyville Rd, Whipple, Ohio 45788. Cawley & Peoples is honored to serve the Leonhart family and offers online condolences as well as many other resources by visiting CawleyandPeoples.com or by going to their Facebook page.

Michael David Leonhart, WD8MIQ, passed away peacefully at his home on Wednesday, January 5, 2022. He was the son of the late Irvin and Lola Leonhart. Michael was born in Marietta, Ohio on July 31, 1944. A brother to the late Elizabeth Stephens... View Obituary & Service Information

The family of Michael David Leonhart created this Life Tributes page to make it easy to share your memories.

Michael David Leonhart, WD8MIQ, passed away peacefully at his...

Send flowers to the Leonhart family.