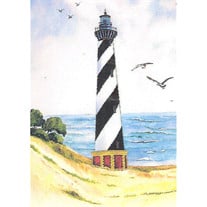 Ruth M. Hughes, 92, of Lowell, died Tuesday, November 15, 2016, at her home. She was born May 20, 1924 in Dalzell to Robert Marion Farley and Ida Belle Phelps Farley. She married the love of her life, Gerald E. Hughes, on February 18, 1949. He preceded her in death on June 5, 1989. She is survived by her daughter, Linda Hughes, and several nieces and nephews. She was preceded in death by brothers, James, Clarence, Herbert, Robert, and baby sister, Mary Kathryn. She was a member of the Sixth & Washington Streets Church of Christ. Ruth had worked at Marietta Pottery and Williamstown Pottery prior to her marriage. Per her request, there will be no viewing. Public services will be held at East Lawn Memorial Park on Thursday, November 17, 2016, at 1:00 p.m., with Harry Ogletree officiating. Donations recommended to the L-A Fire & Rescue, P.O. Box 406, Lowell, Ohio 45744.

The family of Ruth Hughes created this Life Tributes page to make it easy to share your memories.

Send flowers to the Hughes family.